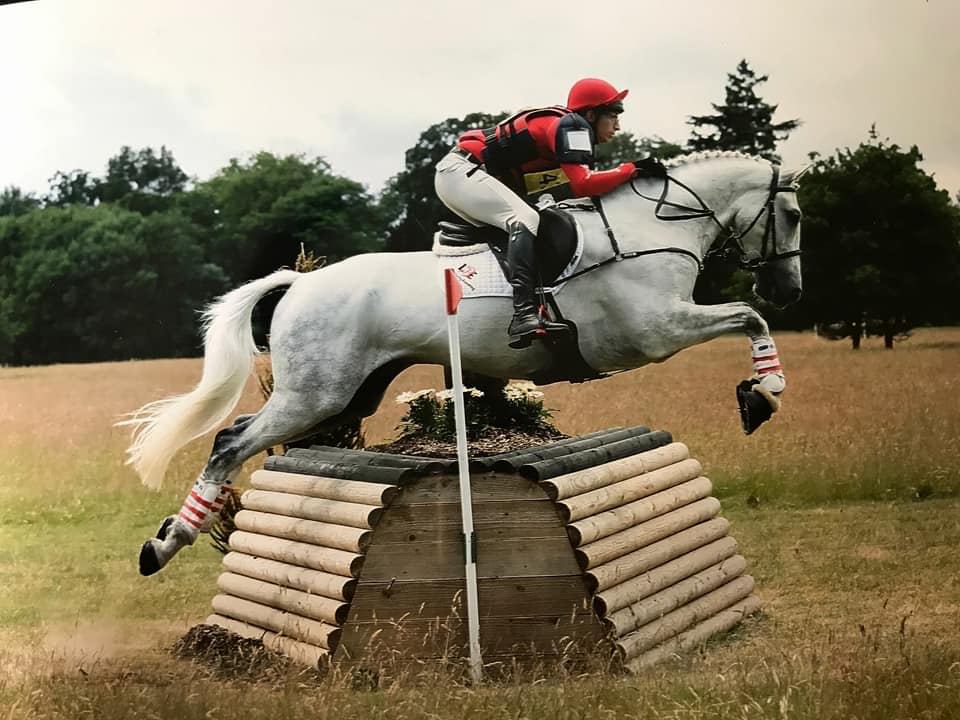 So, in our bid for worldwide domination, we thought we would head a little further west and check out Farley Hall. Now…. as I hate being late, we left bright and early (too early as it turned out), we had a lovely drive, with Toby and Charlotte producing some rather delectable bacon rolls to keep us fuelled and arrived with plenty of time to walk the course and get ready (or for Claire to do a fab job getting Dan ready while I had a nap).

Dressage time… yay!!! Dan had the MAJOR arse ache at being got up unnecessarily early to just stand around and wait, so our test was a little stroppy! He stomped around the arena like a teenage goth that’s parents have confiscated his eyeliner to make him do the chores ….. but we still managed to be only 9 points behind the leader!

Back to the box for a quick change and off for a spot of show jumping! Whoopee! I love a bit of show jumping! It was a lovely, well-presented course, but Dan had his own views, he felt it was a little on the small side, so failed to give it the respect it deserved. This resulted in nothing like an unfortunate pole, instead we made a couple of poles feel really unlucky as we booted one half way across the arena, and stamped on another! But apart from that blip in the middle, the rest was something to be pleased with!

At long last, cross country time!!!! This is what he is all about! Today was all about letting the hand brake off and going for it! The starter counted us down, and we were off, or at least we would have been if he hadn’t been too busy spooking at the bloody flags!! But once he realised they weren’t going to kill him, he WAS off: the perfect demonstration of power and grace eating up the distance as he flew over every obstacle as though they were nothing; well… all except number 9, number 9 nearly killed us, or we nearly killed ourselves being a little over enthusiastic, one of the 2. But what a run! We were a little too fast, with a few naughty time points, but a good practice run before the hills of Brightling.

This site uses Akismet to reduce spam. Learn how your comment data is processed.