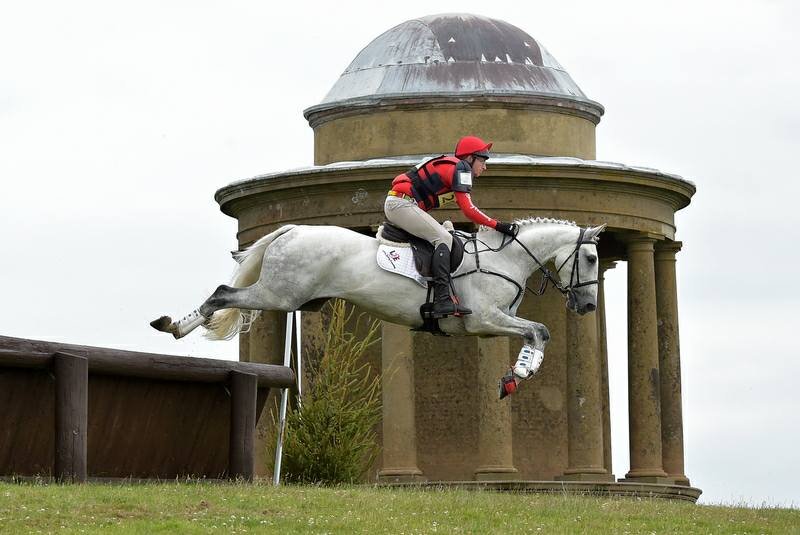 Had a fab day out at Brightling park this weekend. Once again, there is alot to like, but lots to work on!

Tigger pulled a fab dressage test out of the bag for Helen, and then jumped beautifully round the show jumping (with one completely unnecessary pole off a short stride). Then it was cross country time! Tigger can be a tricky little bugger, but is finally starting to give a little back, he jumped nicely out of a stride through 80% of the course. But then, sadly, complacency hits, Helen stops using her leg, and Tigger just…… stops. A completely unnecessary refusal, that cost her a placing. She won’t make that mistake again!

Now it’s Dantastic time, and he was in a very competitive section with some big names. Not that that bothered him in the slightest! So we headed off to the dressage, and our first problem……. COWS! Our relationship thus far, has not included COWS, and they came as a bit of a shock to the system. So as we had a little dance and a play, on the road, with the traffic, more of the bloody things came over to see what the fuss was all about. Thankfully another rider came along and Dan managed to shimmy through the gate alongside them, effectively shielded and preparing to throw this other horse in front of the aforementioned cows, should they suddenly decide they crave horse flesh. Of course, as soon as we got through the gate, they were revealed to be nothing but your everyday humdrum, non horse eating bovines, and dressage was allowed to happen! Dan produced a lovely rhythmical test, with some of his best trot work to date, (all the hard work with Sune at Spring Hill Dressage is paying off). So we were off to a great start!
Then it was show jumping time, and Brightling is a fantastic arena for a show-off like Dan. He positively strutted into the arena to cries of adoration from his adoring masses (or at least that’s what it sounded like anyway.

). The bell rang, and battle with the beast was joined. We approached the first, it’s a glorious stride with a powerful jump, and the crowd goes wild with excitement. We head to the second on a bit of a hairpin turn, and power up the hill, complacency has set in and Dan is a little lax with his back feet, the Beast claims it’s first pole. Determined not to make the same mistake again, the next 2 jumps are pure poetry, and then it’s the double. We relax, We breathe, we remember everything we are told and breeze through it effortlessly. But then, the Beast whispers cruelly in my ear “it’s a long way to the next jump, don’t just sit there and support him, why don’t you interfere? Fiddle with your hands? You know, see if you can fit 7.5 strides in there instead of 6. He’d like that”.
What a pillock! Why listen to that? The top pole goes flying. But we pull ourselves together, and crack on like the heroes we know ourselves to be, leaving the rest of the poles up, and the Beast furious at being denied any further victory.
And we’re off to cross country! The course was perfect, Brightling had presented the ground beautifully, and the going was great. Dan left the start box like an arrow from a bow, he had been waiting for this. He hit every stride perfectly and soared over the jumps as though they weren’t there. He was the vision of power and grace. As powerful as a hurricane sweeping across the countryside, and as agile as a cheetah chasing an antelope across the plains. Until we get to the palisade before the water that is…… a brief conversation is held (short or long stride?) neither of us win and we nearly stack it (I literally saw my life pass before my eyes!). We take the next jump a little more carefully, and then kick on up the hill to the Folly. The brief problem over, the boy was not to be held back, and he pretty much flew off the top of the hill. He stormed round the rest of the course determined to prove to anyone that saw us at the palisade, that his godlike mask was not to be ignored, and that even heroes falter occasionally (all the better to make a heroic recovery from!) And leave everyone in no doubt that they were in the presence of greatness.

This site uses Akismet to reduce spam. Learn how your comment data is processed.